The nuclear ‘button’ revealed...and 8 times it was nearly used by mistake

Human error, computer failures and stray swans – the little mistakes that could have ended the world. 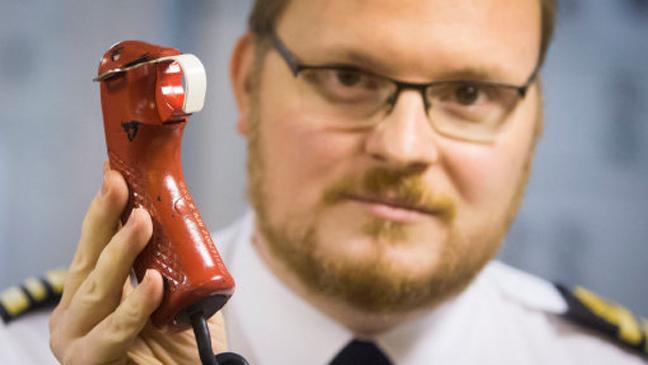 Pictures were today released of the crude-looking trigger, ironically modelled after a Colt Peacemaker gun, that would launch the missiles from one of Britain’s four nuclear submarines.

Lieutenant Commander Woods, the man tasked with pulling that trigger, described the responsibility as "both an honour and a burden".

"Once the missile has left the submarine there is no self-destruct button.

"Once it's gone from here, it is effectively 'fire and forget' - it is going to reach its target.” 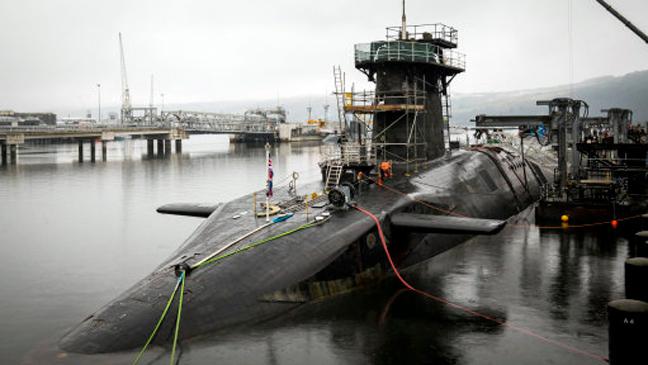 But will those terrible weapons ever be launched?
Here are eight times that we narrowly escaped the horror of all-out nuclear war:

A bizarre cluster of coincidences nearly spelled the end of civilisation. Four things made the Nato allies think that the Soviets were about to strike: suspicious Russian fleet movements; a large flight of Russian fighter planes over Syria; the ‘shooting down’ of an RAF Canberra in the same region and a large flight of ‘unidentified aircraft’ over Turkey.

All were later explained as (respectively) a routine naval exercise, an escort for the Syrian president’s jet that had been overestimated by observers, a mechanical failure on the RAF bomber, and a radar operator mistakenly identifying a flight of swans.

On the night of November 24, 1961, three Ballistic Missile Early Warning Sites in three countries suddenly went quiet. US Strategic Air Command was immediately placed on full alert. There was, theoretically, no explanation for why the completely separate phone lines for stations in Greenland, Alaska and Fylingdales in England should be cut unless a Soviet strike had taken them out.

Well, unless all three lines were routed through one exchange in Colorado which had suffered a generator failure - as if anyone would make a mistake like that!

Bomber crews in the US were scrambled to their aircraft and they started their engines. Luckily, Strategic Air Command had a B-52 bomber already on patrol over Greenland and the crew was able to confirm that no strike had taken place.

At around midnight on a chilly night in Duluth, Minnesota, a guard at a US military facility saw an ‘intruder’ climbing a perimeter fence. He challenged the interloper and, receiving no response, opened fire. He then activated a security alarm.

The alarm was linked to the alarms of other military facilities in the area, so their klaxons sounded too. Unfortunately at one of the facilities in question, Volk Field, Wisconsin, the alarm had been incorrectly wired, and it triggered the siren that ordered nuclear armed F-106A interceptors to take off. The pilots were sure that there would be no practice alert drills while Defcon 3 was in force, and they believed World War III had started.

Immediate communication with the source in Duluth showed a mistake had been made. By this time aircraft were taxing onto the runway. A car was dispatched from the command centre and successfully signalled the aircraft to stop.

The original intruder was later identified as a bear. 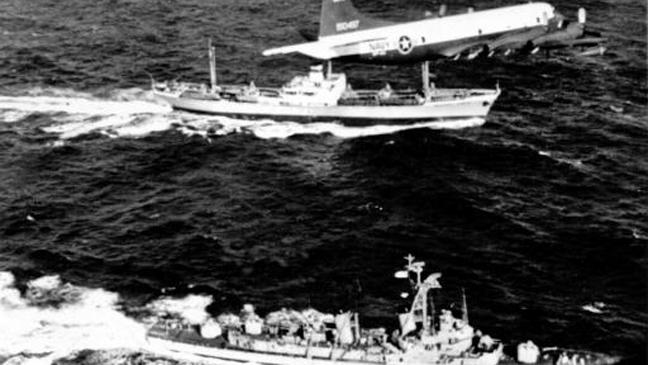 In the wake of the failed invasion at the Bay of Pigs, the Soviet Union made plans to station nuclear missiles in Cuba. Then an
American U-2 spy plane was shot down over Cuba, and another – despite a presidential order forbidding all flights over the Soviet Union – was almost intercepted over Siberia.

The pilot’s high-tech navigational systems had failed and he was finding his way using a sextant.  International tensions were at an all-time high. Only the intervention of a Soviet naval officer named Vasili Arkhipov prevented the launch of a nuclear-tipped torpedo that could easily have precipitated global nuclear Armageddon.

With the atmosphere of panic so high inside Norad, no one thought to use the ‘red telephone’ hotline to clarify the situation with the USSR and it was not until other early-warning radar systems confirmed no such attack had taken place that Norad realized that a computer system test had caused the display errors.
September 26, 1983: Near miss

This time it was the Soviets’ turn to suffer a false alarm. An equipment failure caused the Soviet nuclear early-warning system to display notifications of American Minuteman intercontinental ballistic missiles being launched from bases in the United States. 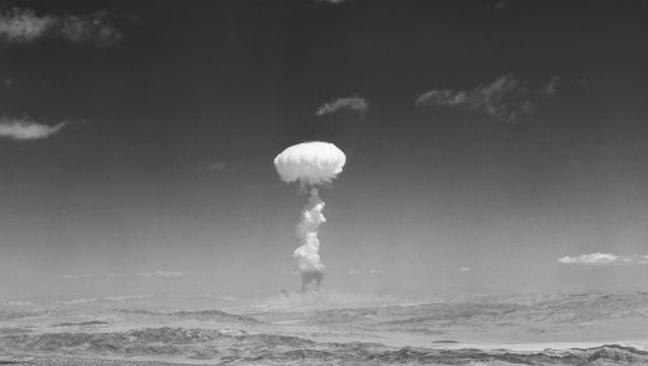 Operation Able Archer 83 was a ten-day Nato exercise simulating a period of conflict escalation leading up to all-out nuclear war. Some inside the Soviet Politburo and armed forces feared that the exercise was a cover for a pre-emptive Nato strike on the USSR, and responded by placing their own forces on high alert.

For a week the world hung on a precipice, with even the slightest mistake potentially triggering a nuclear holocaust. Once the exercise ended, nervous fingers receded from the ‘big red button’.

An unarmed rocket launched from Norway to research the aurora borealis was detected by the Russian Federation's Olenegorsk early warning station. Mistaken for a Trident missile by radar operators it caused a full-scale nuclear panic. President Boris Yeltsin was summoned and the Cheget nuclear briefcase was activated for the first and only time.

Further plotting of the object’s course, however, revealed that it was not going to land within Russian borders. Later inquiries determined that, while the rocket scientists had informed 30 states including Russia about the test launch, the information had not reached Russian radar technicians.

Perhaps we should be comforted by the fact that, in all of these cases, someone thought to check before pulling the trigger on the ‘Peacemaker’. Let’s hope we stay that lucky.