Authorities in Colombia said that three Venezuelans, who were arrested in Colombia’s Caribbean coast with submachine guns and explosives, were planning to assassinate President Iván Duque. The claim was aired in a video posted on Twitter by Colombia’s Minister of Foreign Affairs, Carlos Holmes, on December 29. In the brief video, Holmes said that Colombian intelligence services had uncovered evidence of a “credible threat to the life” or President Duque. He went on to suggest that the investigation into the alleged assassination operation had gone on for “several months” with the cooperation of “foreign intelligence agencies”, which he did not name. He also urged Colombians to come forward with any information in their possession that could assist the ongoing investigation.
On December 30, several Colombian newspapers reported that Holmes’ Twitter warning had been triggered by the arrest on December 21 of two Venezuelans in Colombia’s northern city of Valledupar. The two men, identified in media reports as Pedro José Acosta and José Vicente Gómez, both 22, were found to be in possession of rifles. Guillermo Botero, Colombia’s Minister of Defense, said later that the rifles were “high-precision” and were “camouflaged”, though he did not explain what that meant. On December 26, a third Venezuelan, identified in media reports as Geiger Vásquez, 35, was arrested in the city of Barranquilla. He was reportedly carrying a bag containing an Uzi submachine gun, along with ammunition and several grenades.
Government officials said that the attempt to kill President Duque could have been sponsored by leftist rebel groups, such as the National Liberation Army (ELN), that are active in the Colombian-Venezuelan border. There were also accusations in some Colombian media that the government of Venezuela may have helped plan the alleged attempt on Duque’s life. Since assuming the Colombian presidency in August, Duque has spearheaded international efforts to impose sanctions on the leftwing Venezuelan government of President Nicolas Maduro, who is about to begin his second term in office. Relations between the two neighboring countries have thus sunk to new lows in recent months. On Monday, the Venezuelan government said it had requested more information about the alleged assassination plot from Colombian authorities and that it would provide Bogotá with “the necessary police and intelligence cooperation” to help investigate the allegations.
► Author: Joseph Fitsanakis |

A retired general, who rose through the military’s ranks during Brazil’s 20-year dictatorship, will head the country’s intelligence agency as one of several military men in the new cabinet of President Jair Bolsonaro. Augusto Heleno, 71, was sworn in on Tuesday as head of the Institutional Security Cabinet (GSI), which advises the president on security policy and oversees Brazil’s intelligence and counterterrorism services. Heleno is one of four retired generals who are included in Bolsonaro’s 22-member cabinet. The latter also includes an admiral, an Army lieutenant, an Army captain, and a former professor at the Brazilian Army Staff College. Bolsonaro himself is a former Army captain, who served 27 years as a member of Congress before winning last October’s elections and becoming Brazil’s 38th president.
The 2014-2016 economic recession, the worst in Brazil’s history, was instrumental in helping propel Bolsonaro to the presidency, as was the so-called “car wash” scandal, known in Portuguese as Lava Jato. The term refers to a money-laundering probe that began in 2014, following allegations of illicit financial practices by a number of private import-export companies in Brazil. The Lava Jato probe led to the exposure of large-scale corruption, nepotism and bribing practices at the core of Brazil’s state-owned oil company Petrobras. As of this year, the ongoing investigation into Lava Jato has implicated nearly 200 people, many of them well-known politicians. Among them is Luiz Inácio Lula da Silva, Brazil’s leftist former president, who is currently serving a 12-year prison sentence for corruption and money laundering.
During his inauguration ceremony on Tuesday, Bolsonaro pledged to “rid Brazil of socialism” and said that the country’s flag “would never turn red”. In previous speeches, some of them in Congress, Bolsonaro has expressed support for the military junta that ruled the country between 1964 and 1985. It is unsurprising, then, that nearly half his newly installed cabinet consists of members of the military with favorable views on the dictatorship. Bolsonaro’s choice for vice president, Hamilton Mourão, sparked controversy in recent weeks by saying that the military could suspend the Brazilian constitution if lawlessness and anarchy became endemic. In addition, several members of Bolsonaro’s cabinet have dismissed the phenomenon of global warming as a conspiracy and a few have called for a “holy Christian alliance” between Brazil, the United States and Russia.
Heleno, the new head of the GSI, served as a military attaché at the embassy of Brazil in Paris, before joining the country’s diplomatic mission in Brussels. His first post following his retirement was as commander of the United Nations Stabilization Mission in Haiti. Like Bolsanaro, Heleno has also expressed support for Brazil’s 20-year military junta. In 2011, he said that the country’s Armed Forces had “defended public order” and “prevented the Cubanization” of Brazil during the Cold War. In his first public address as GSI director on Tuesday, Heleno said that the intelligence functions of the GSI would be “rescued” from the “meltdown” that he claimed they had experienced under the previous government. He also accused Bolsonaro’s immediate predecessor, President Dilma Rousseff, of governing as a leader who “did not believe in the intelligence services”. Rousseff, a member of Loula’s Worker’s Party, was a Marxist militant who was captured, tortured and jailed from 1970 to 1972 by the military government.
► Author: Joseph Fitsanakis | 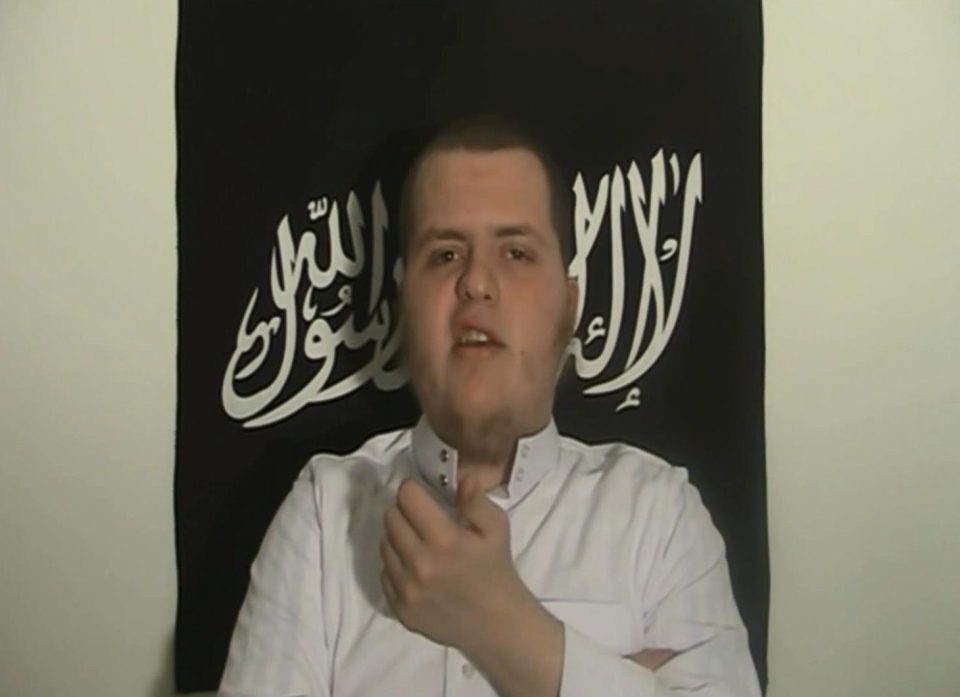 A MUSLIM convert who hoped to kill 100 people will be sentenced later for plotting a terror attack in London.
Lewis Ludlow, 27, swore allegiance to Islamic State as he prepared to drive a van down Oxford Street or outside Madame Tussauds.
He bought a phone under a false name and wrote down his attack plans, which were later found ripped up in a bin.
The defendant, who called himself "The Eagle" and "The Ghost", researched potential targets around the capital.
He identified Oxford Street as an "ideal" spot, writing: "It is expected nearly 100 could be killed in the attack."
Other potential targets listed included St Paul's Cathedral and a "Shia temple in Romford". 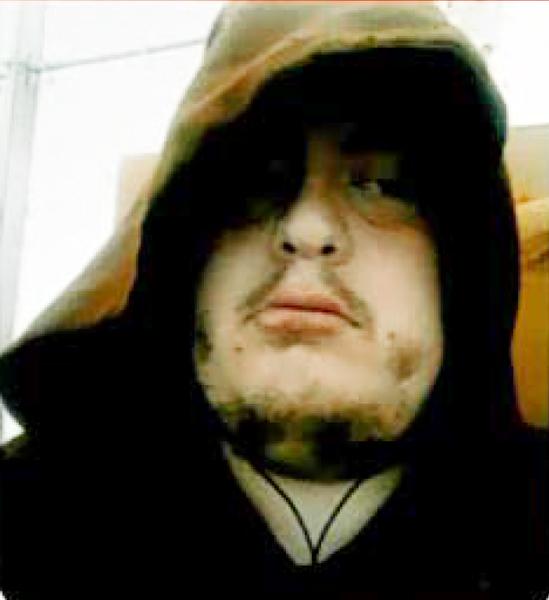 Ludlow, from Rochester in Kent, formulated his plan after being stopped by police at Heathrow Airport in February as he attempted to board a flight to the Philippines.
It was alleged he also set up a Facebook account called Antique Collections as a front to send money to south-east Asia for terrorism.
Ludlow first came to the attention of police in 2010 when he attended a demonstration led by radical preacher Anjem Choudary and his banned Al-Muhajiroun (ALM) group.
When he was arrested in 2015, ISIS material was recovered from Ludlow's electronic devices but no further action was taken. 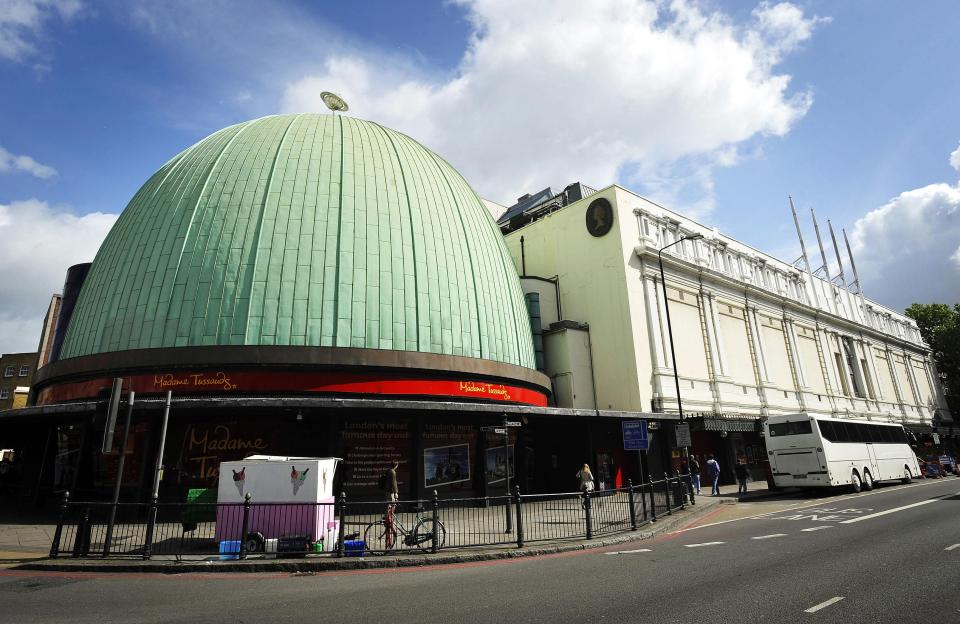 One of his potential targets was Madame Tussauds 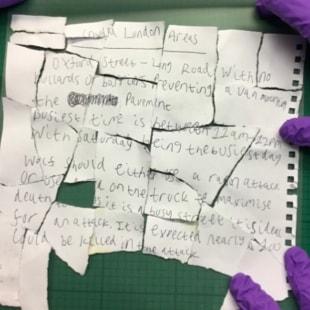 Cops were able to reconstruct handwritten notes of Ludlow's plan 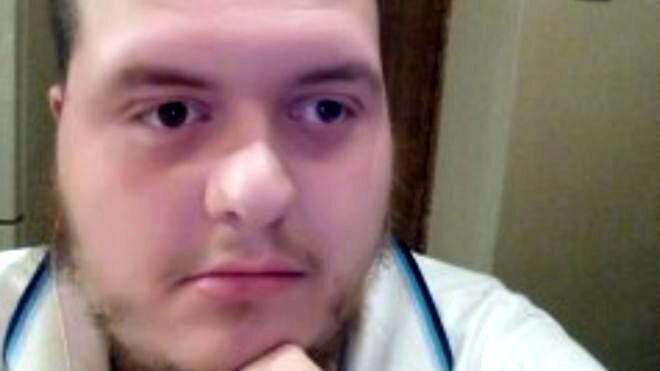 
Having set up a PayPal account and the Antique Collections site, he sent money to a man named Abu Yaqeen, allegedly living in an area with a significant ISIS presence.
His shredded plans detailed a potential attack on Oxford Street using a van mounting the pavement, noting the lack of safety barriers.
He said: "Wolf should either use a ram attack or use... on the truck to maximise death... it is a busy street it is ideal for an attack. It is expected nearly 100 could be killed in the attack."
On April 13 last year, Ludlow's mobile phone was retrieved from a storm drain and found to have videos of the defendant swearing allegiance to ISIS and evidence of "hostile reconnaissance".
Ludlow was arrested by counter-terrorism police on April 18 but refused to explain himself when he was interviewed.