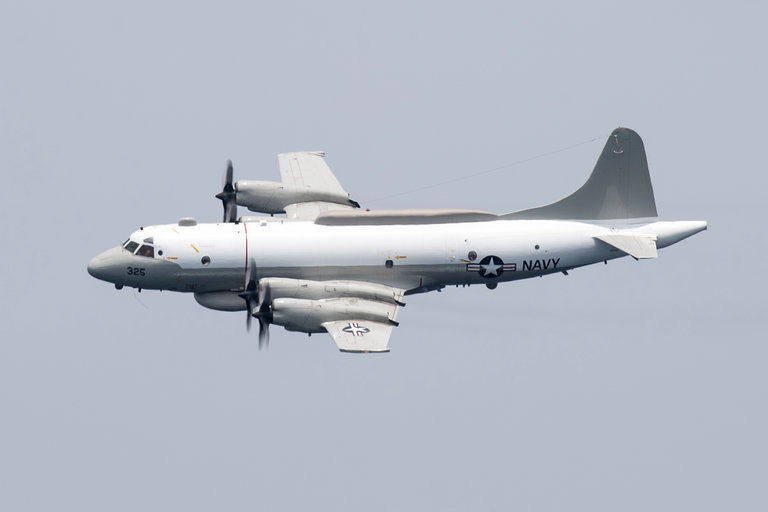 A Navy EP-3 spy plane in 2016. The same type of plane was involved in an encounter with a Russian jet on Monday, the State Department said. CreditUnited States Navy

A Russian fighter jet buzzed an American spy plane over the Black Sea on Monday, United States officials said, in what the State Department characterized as an “unsafe” flyby.
In a statement, the department called the intercept “the latest example of Russian military activities disregarding international norms and agreements.”


American officials said the two planes came within a scant five feet of each other. In the statement, the State Department said that the Russian plane crossed “directly in front of the EP-3’s flight path,” in a reference to the Navy spy plane.
This is not the first time that the United States has accused Moscow of flying dangerously close to American aircraft and ships. Russia routinely has demonstrated its displeasure with American military flights over Syria, the Baltics and the Black Sea by flying planes close to American ships and spy planes.
In 2016, for instance, there were three encounters in one month. On April 29, a Russian fighter plane performed a barrel roll near an Air Force reconnaissance plane in international airspace over the Baltic Sea, and Moscow said the American plane did not have its transponder turned on, an accusation the United States denied.
Two weeks before that, a Russian jet buzzed an American guided missile destroyer, the Donald Cook. Russia accused the United States of sailing the Cook close to Russia’s border in the Baltics.
Two days later, a Russian warplane intercepted an American reconnaissance plane over the Baltic Sea at what American officials said was an unsafe distance, prompting a protest from the Pentagon.
Monday’s encounter was first reported by Russia’s RIA news agency.
“The Russian side was flagrantly violating existing agreements and international law, in this case the 1972 agreement for the prevention of incidents on and over the high seas,” the State Department statement said. “We call on Russia to cease these unsafe actions that increase the risk of miscalculation, danger to aircrew on both sides and midair collisions.”
https://www.nytimes.com/2018/01/29/us/politics/russia-us-jet-planes-black-sea.html
at 11:53 AM