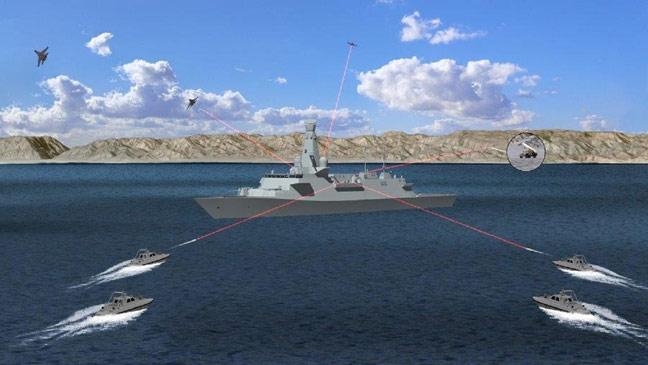 It sounds like something out of Star Wars, but the UK could soon be using its first laser weapons.

The British government has given a £30 million contract to the scary-sounding Dragonfire consortium to build the new weapon, which could be operational by the mid-2020s.

MBDA Missile Systems, which is part of Dragonfire, said the system could be ready to demonstrate by 2019 on both land and maritime targets.

Laser weapons appeal to the armed forces more than conventional weapons, not only because they sound cooler, but because they don’t need ammunition to fire. Instead, they only require a (pretty large) power source.

Dave Armstrong, the managing director of MBDA, said “UK Dragonfire will put the UK at the forefront of high energy laser systems” and would advance us “towards a future product with significant export potential”.

Peter Cooper, of the MoD’s Defence Science and Technology Laboratory, said: “This is a significant demonstration programme aimed at maturing our understanding of what is still an immature technology.

“It draws on innovative research into high-power lasers so as to understand the potential of the technology to provide a more effective response to the emerging threats that could be faced by UK armed forces.”