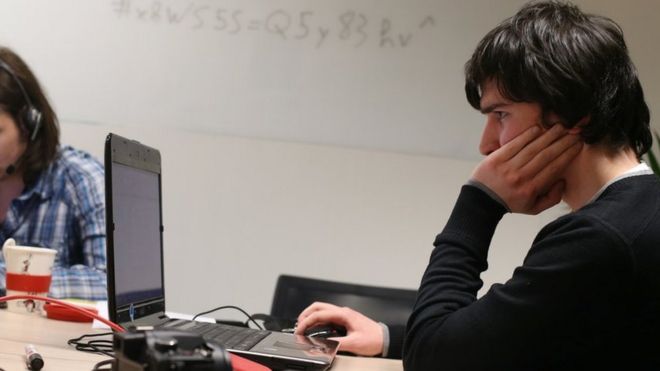 France's external intelligence service, the DGSE, has sponsored a school competition to find the nation's most talented young code-breakers.

It is the first time the DGSE has got involved in such a project in schools.

The first round drew in 18,000 pupils, and just 38 competed in the final on Wednesday, won by a Parisian team.

A DGSE spokesman said the aim was to spread awareness about intelligence work. Security is a major concern after last year's jihadist attacks in Paris.

Part of the intelligence service's work involves spying on Islamist groups. In November jihadist bombings and shootings in Paris, claimed by the Islamic State (IS) group, killed 130 people.

In January 2015 jihadists in Paris killed 17 people in attacks on the satirical magazine Charlie Hebdo, a policewoman and a Jewish supermarket. 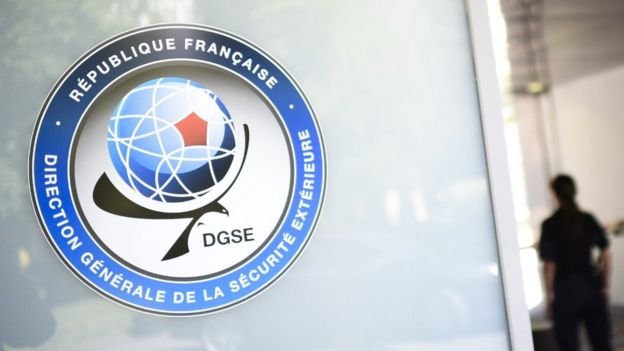 wo associations of mathematicians - France-IOI and Animath - organised the cryptography tests for school pupils.

There were four rounds of tests on the internet, of increasing difficulty. The final was held at the Army Museum in Paris and the prizes included smart phones and computers. 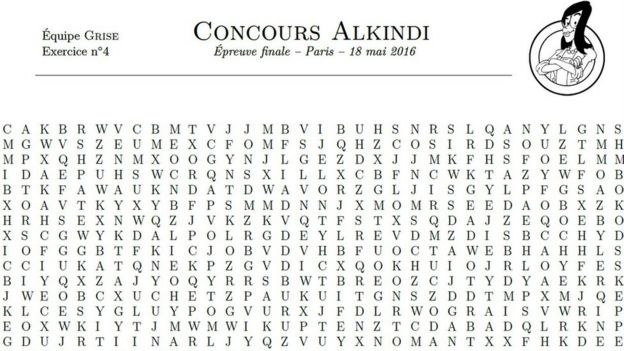 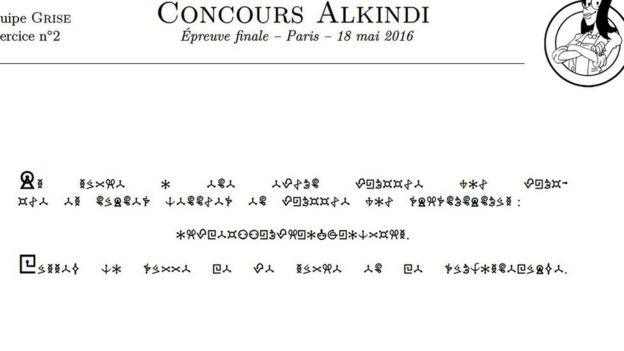 Another test example: what does the strange code mean?

The DGSE's role was to provide some help and funding for it, its spokesman told the BBC.
"It was a way for us to spread awareness about the DGSE's technical skills," he said.

"The aim wasn't to recruit youngsters but rather to inform, especially those pupils interested in maths, so that they can see the sort of work that the DGSE does."

It was also "a way for us to spread a culture of intelligence in France", he said, arguing that it was "a contribution to developing citizenship". The official declined to be named.

But, in a separate statement, the intelligence service said it was also "seeking to remind people that the DGSE is trying to recruit young people skilled in information technology and maths and that it offers many professional opportunities in those areas".

It is the French equivalent of the UK's MI6 and the American CIA.

Nearly all the French regional education authorities got involved in the competition.

In recent years British spy agency GCHQ has also set cryptographic challenges for the general public on the internet. One involved a Christmas card brainteaser. Other tests involved cyber security battles, which GCHQ said could attract new recruits to the spy service.