Report: How 51 Companies Are Legally Supplying ISIS With Bomb-Making Material 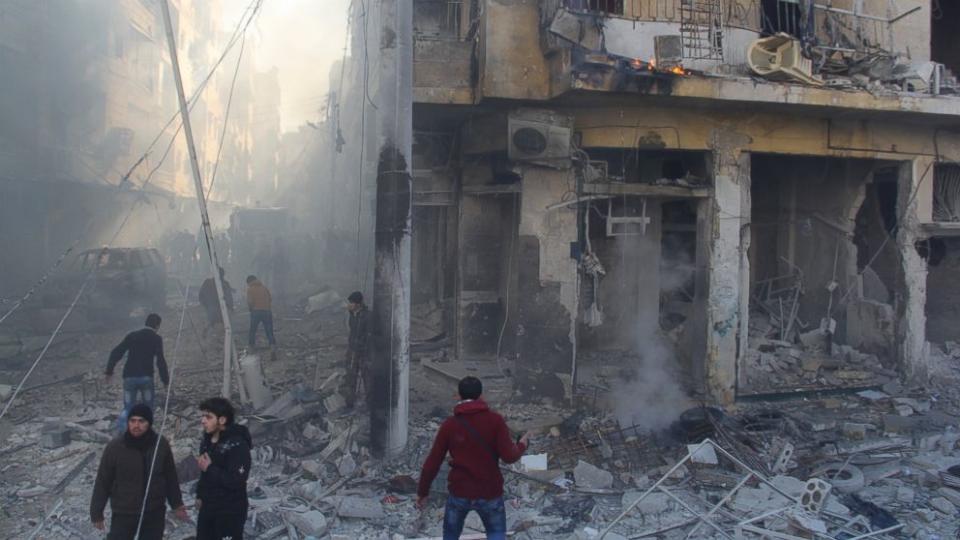 More than 50 companies worldwide are legally supplying the Islamic State with bomb-making material, either willingly or because they and the countries in which they operate are failing to monitor the sales, according to a Conflict Armament Research report released today.

CAR is a non-governmental organization funded by the European Union that identifies and tracks conventional weapons and ammunition in contemporary armed conflicts. While there is no evidence in the report released today to prove direct transfer between the countries and firms involved, and IS, it shows that companies are extensively supplying local markets with material such as chemical precursors, detonating cords, detonators, cables, wires and other electronic components, and that the Islamic State has the reach to acquire them.

The way it works is that large manufacturers are selling material and components to regional distributors, who then sell to local distributors, CAR's Executive Director James Bevan told ABC News, adding: "it gets fuzzy at the local level. Operatives [for IS] or friendly parties for them buy [components and material] from the local market in reasonable bulk," Bevan said.

CAR established in its report that in some cases it has taken as little as one month for bomb-making material to get from legal distributors to the hands of IS.

Working with Iraqi and Syrian forces to recover material left after battles, investigators from CAR have examined more than 700 components used in improvised explosive devices by IS and established their link to 51 companies in 20 countries.

One example is Microsoft and the use of its Nokia mobile phones by Islamic State in Iraq. The report has found that IS uses the Nokia 105 RM-908 phone in a remote-controlled IED.

"Microsoft Corporation, of which Microsoft Mobile is an affiliate, has provided CAR with extensive information on the chain of custody of ten mobile telephones seized from IS forces in Iraq," the report says.

Among them, at least five were legally purchased by a regional distributor in Yemen, Ghamdan General Trading & Import. They were then delivered to local providers in Erbil, Iraq or Dubai, where they were likely purchased by IS intermediaries or operatives. When asked by ABC News for comment, Microsoft said they have nothing to add that isn't said in the report.

Turkey has the largest number of companies involved in supplying IED components to IS, according to the report.

One of the problems is that local providers are generally not aware what components can be used for IEDs, Bevan said. "Many components that can be used in the manufacture of homemade explosives, such as aluminium paste and urea, are not subject to transfer controls, including export licensing," the report says.

"As such, their supply within the region is largely unregulated and weakly monitored."

Another problem is that governments don’t necessarily have the regulatory framework to control the market, Bevan added. "Both Iraq and Turkey have large agricultural and mining sectors, in which many such chemicals and explosive components are employed extensively," the report says, adding that aluminium mixed with fertilizer is one of the most common forms of homemade explosives used by IS in Iraq and Syria.

IEDs are being manufactured and deployed by the Islamic State on a massive scale and fighters with degrees in physics, chemistry and computer science have been recruited to manufacture lethal weapons from raw substances, according to a December 2015 briefing by the European Parliamentary Research Service, which calls itself "the European Parliament's in-house research department and think tank."


When CAR approached representatives of the companies involved in the supply chain, some were surprised at the findings and others were shocked, Bevan said. "Western companies with subsidiaries in Turkey could tell their distributors that they do not want their products going to IS anymore," Bevan said. "We hope that’s going to happen and we think it will."